On Google Play for Android

Game for fun - Gamble for profit.

Don't confuse gaming for gambling - our games will not pay your rent.

To provide entertainment value: selling a great time-in-play at a reasonable average cost per hour.  Providing games that are transparent and fun and include social elements that enhance interaction among players.

We are a gaming company working in the

Tri-Wheel® -- The only authorized table game in Minnesota bars & taverns

In 1982, Joe Richardson started Great Gamble, a North Dakota licensed and regulated gaming supply and manufacturing company and the Great Gamble Gaming Institute, a post-secondary State Board authorized "21" dealer training school. Early designs of products included slab-top "21" tables, ticket games and dispensers. In March, 1987 our Minnesota Tri-Wheel®, the first in a new breed of wheel games played with chips and tickets on a table, was authorized for the then newly enacted charitable gaming conducted nightly in bars throughout Minnesota.  In 1991, the North Dakota legislature authorized wheels with tables.  In 1992, Great Gamble licensed out proprietary products in market and retired from distribution beginning to morph into the Gaming Studio.  In 1998, Gaming Studio, together with sales partner, Lien Games, launched the ingloriously named and quite popular Pig Wheel™, thus far with over 60 installations operating in North Dakota. Over the past few years our wheel games have attracted more than $350 million in wagering.

In addition to mechanical games, we have designed Nokota™, (patented in 1991) a finite-probability electronic chance system that can be called the first patented electronic pull tab gaming system. It maximizes the advantages of finite-probability games in providing players with game-status transparency in an enhanced player v. player competitive environment.  We believe that many players will find Nokota far more interesting and fun than slot machines.  Please go to our Nokota™ page to discover more on this game.  There is almost no limit to the game themes and structures that can be produced within the Nokota system parameters - it is an entirely new gaming realm.

We have both neighborhood and destination venue games, including  Tri-Wheel® and Pig Wheel™ as table games and wall versions in electronic networks.  Knowing the difference between markets; games aimed at neighborhood venues, where players have greater access and might play weekly amongst and with their neighbors, versus destination venues, where players might travel once a year for a weekend of gaming in glitter is, we feel, a design imperative.  Give us a call and let’s speak about what might work for your jurisdiction. 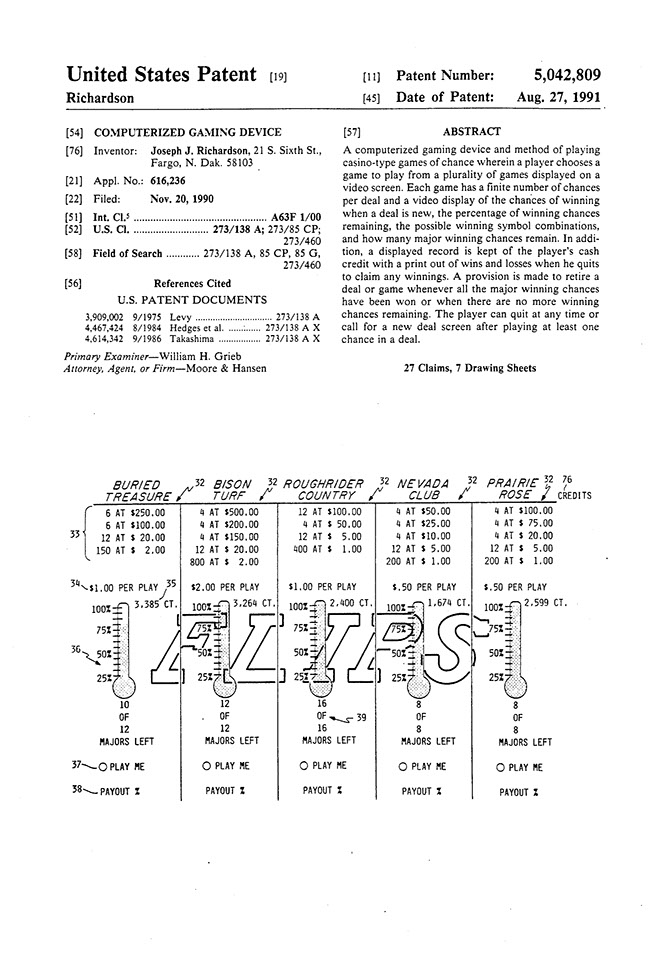